City By The Sea

City By The Sea 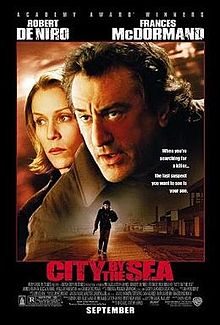 WATCH Trailer and PURCHASE this Film:

5.0 out of 5 stars Men had issues before MGTOW
By Jenifer Lynne on November 4, 2017
Format: Prime VideoVerified Purchase
Every third wave feminist needs to see this movie. It brilliantly portrays the fact that men have emotions and problems linked to their societal role. You almost forget it’s Di Nero because there are so many sides to the character he plays. The first time I saw this, it was my first time seeing James Franco, and he is also compelling. This is not an easy movie to watch, but well worth the time and effort. The ending is satisfying.

5.0 out of 5 stars Long Island in the house!
By Brandon Broderick on September 25, 2015
Format: Prime Video Verified Purchase

Love this movie. Based on a true story on Long Island, NY. I grew up on the North Shore of L.I. and love movies based in L.I. and NYC especially. De Nero, MacDormand, a d Franco are awesome in this film about, family, drugs, dynamics of different relationships, and tough life situations. A must see!

Its a great movie. I recommend

5.0 out of 5 stars Five Stars
By Amazon Customer on October 7, 2016
Format: DVDVerified Purchase

A great DVD, at a great price and great service. Thank’s

Great performance by James Franco and of course by Robert DeNiro. James’ interpretation of a drug addict was spot on and entertaining. So glad I added this to my collection.

5.0 out of 5 stars Thanks
Bysam sunderland on June 24, 2018
Format: DVDVerified Purchase

one of the best movies for De Niro .

5 Stars! Great Deniro movie. Would highly recommend it to a friend. It has a few twist that you wouldn’t expect. 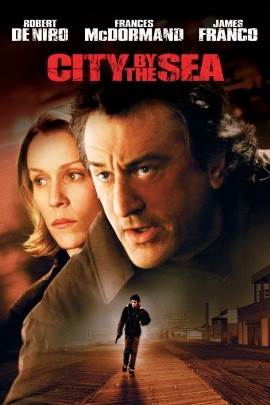 This was my last Hollywood movie.   The studio’s started farming out films to Production Companies like TV had been doing for years.   We got Franchise Pictures who put on us on year plus chase to nail down the budget and the cast.

Michael Caton-Jones went through a miserable period of compromise and dropping his rate as we all did to make the movie. Matt Baer, one of the Producers and a great guy, went through hell trying to get this film made.  Why did we all do this?   For the paycheck sure, but also because we believed in the story.  Because there was something there in the script that could have been great if not for the creative execs of Franchise Pictures insisting on adding an action sequence.

During one of  our conference calls with Franchise execs I asked one of them why they changed a true story that was riveting by adding in some inaccurate police shooting and police chase that never existed in the late Mike MacAlary’s story. I was told don’t worry we’ll change it to “based on a true story”.   I said that’s not the point.   The story is good enough to stand on its own.  To which I got the reply “We aren’t making a 35-million-dollar art movie”.   My response was simply “What’s wrong with making an art movie?” There was silence on both sides of the call.

New York versus LA.  The artists versus the suits.  In my mind this reflected a disturbing trend.   Film had been changing since the glory days of the 70” s.   The studio system had changed.   No longer the old studio system run by the original families and their representatives from the days of the silent movies, we were now working for multinational corporations who looked at filmmaking as a dollar sign on their reports.  There was a line drawn between “Art” movies and “Studio” movies and the divide became greater and greater as the years wore on.

Despite great direction and great performances by Bob, young James Franco and Fran MacDormand, the film didn’t quite work.  There was something wrong.  The story lost something when we went to the fake police shooting and the chase scenes.   It became like a TV cop show.   What a shame.   A story about the disintegration of an American Family by drugs and divorce was not enough to carry a movie anymore.   You needed fake action.

The film did okay business and launched the career of James Franco.